What's This Computer Chip Doing in My Credit Card?

You may have recently received a new credit or debit card from your financial institution and noticed that it contains a computer chip. If you don't have a chip card yet, though, you can expect to receive one by late 2015. What does the transition to chip cards mean for you?

A microchip makes it less likely your payment card will be used for a fraudulent transaction in person, such as at a store.

"Compared to the magnetic stripe cards that we are accustomed to, it is much more difficult for criminals to create fraudulent cards that contain microchips," said Jeff Kopchik, a Senior Policy Analyst at the FDIC. "Many European countries have been using chip cards for several years, and fraud rates for in-store transactions in those nations have declined significantly."

Why is the chip card more effective in preventing the use of fake cards? "The chip will change the encrypted numbers for every transaction to ensure the authenticity of the card each time it is used," added David M. Nelson, an FDIC Examination Specialist. "Hackers trying to get chip card authentication numbers are chasing a moving target that will be useless to them."

You still need to be on guard against fraudulent purchases made with your card online, over the telephone or by mail.

Unlike with in-store transactions, there is no card-reading device receiving the secret, one-time authentication code from the microchip that verifies the card's authenticity. Kopchik said this largely explains why there was a significant increase in online card fraud in Europe immediately after chip cards were introduced.

What can you do to protect yourself? As with any credit or debit card, monitor your account on a regular basis and report unauthorized transactions to your financial institution as soon as possible. If your chip card is used in a fraudulent transaction, your liability will be limited by federal rules. Also under the rules, your card is considered stolen if a hacker steals your account information electronically.

You may need to begin using a PIN for credit card transactions.

While chip cards are most effective against counterfeiting, they provide less protection if your chip card is stolen and used by a thief in person at a store or other business. To provide further protection in these circumstances, many chip cards will require the user to enter a personal identification number to authorize a transaction. This is similar to what debit card users have done for years.

Expect to find a different type of card payment terminal at stores.

You may already have noticed these new terminals at a few large stores. With some of them, the chip card is inserted into the terminal, similar to an ATM. "Just make sure you don't get distracted, leave your card in the reader and walk out of the store without it, which people have been known to do," warned Nelson.

For other payment terminals — those that accept what are called "proximity cards" — all you have to do to pay is to place your card in front of the reader or gently tap the card against the reader.

Initially, your chip cards will probably also have the conventional magnetic stripe on the back.

This will allow you to use the card at merchants that have not yet upgraded to the new payment terminals. "Your new chip card may take some getting used to, but the added security is well worth the effort," added Kopchik.

The microchip simply contains the same personal information that is printed on the outside of the card.

Nelson noted that the chip in the card contains no personal information about the cardholder other than his or her name and account number, which also is the same as what is stored on the magnetic stripe.

If you are planning to visit Europe, you may want to request a chip card from your financial institution. That's because many European merchants no longer accept magnetic stripe cards.

Our Online Banking gives you access to your account information at any time. Review balances and transactions, transfer funds and more! 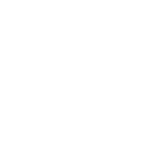